Orthotic – For A Better Stride

Orthotic – For A Better Stride

The way you put your feet on the ground, it creates an impact on your knee, hip, and back. So it becomes imperative to know how to overcome such aches and pain, and the solution is orthotics. But people often feel they need orthotics, and this idea is based on the feeling that something is required to correct the way they walk and run and it can simply be corrected by having a right and appropriate shape under their feet, and this is all orthotic is about for all such people.

To some extent they are correct but this is not the whole world of orthotic because therapist at Mississauga orthotic center provide a device to alter the angle at which foot strikes the ground so that a better alignment of whole body can be achieved.

The whole weight of your body is carried by your feet, so when you stand and move has a lot to do with how your body feels. And you might fall to one of the mentioned categories. 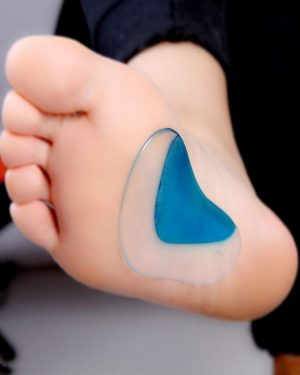 Supinator and pronators have a problem with joints moves (arthrokinematic). And it creates an impact on your knees and lowers back slowly and gradually as the muscles, ligaments, fascia, and tendons which hold everything together are pulled in a wrong direction, and this is quite apparent the way your feet moves.

Check if you need Orthotic.

According to the orthotic Mississauga, over-pronation is a condition that is most common and found largely among the people. The reason could be any fallen arches or flat feet. Being a common condition still have a varying degree of severity, and the major contributor to the problem is the hard and flat surface that we walk. Further, therapists at Mississauga orthotic center figured out other factors like weak ankles, excess body weight that contributes significantly for the problem. Orthotic causes serious foot problem that may lead to foot problems such as heel spurs, heel pain, metatarsal Gia, and plantar fasciitis and in some instance may also cause lower back pain and knee pain.

Orthotic do a lot more than extending support the arches. It realigns the ankles and feet and correct deficient foot functioning. Further, it enables even distribution of body weight by taking pressure off from the sore spots such as corns in between toes, bunions, the ball of the foot and the heels. To a certain extent it provides shock absorption, but this should not be confused to its main purpose. The reason for which an orthotic insole is used is to improve the overall functioning of foot; it can also be used to reduce pain and prevent serious injuries in the future. And orthotic Mississauga is known to design functional devices that can be used to optimize and correct the foot functioning.

How to deal with chronic pains

Physiotherapy in Mississauga is a Boon in Body Pain

Thanks for Call. We'll get back to you shortly.

There was a problem sending your message. Please try again.

Please complete all the fields in the form before sending.